Skip to content
FEATURED PRODUCTS
Insurances to Ensure That You Pass the NMLS Exam!
TRID – Part I
BUY ALL OF THE VIDEOS AT ONCE AND SAVE!*
The Truth-in-Lending Act – What You Need To Know!
Ethics & The NMLS – Part I 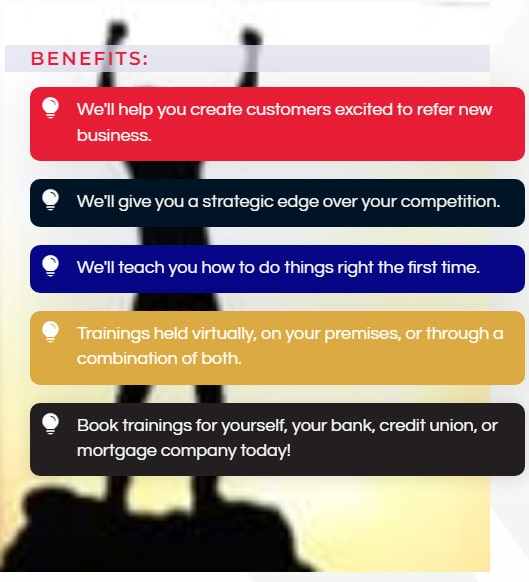 A police officer intercepts you for driving 75 in a 55 mph speed zone. Would she accept the excuse that you thought the speed limit was 75? Of course not! Just as ignorance of the speed limit is an unacceptable excuse for speeding, ignorance of mortgage industry regulations is not a viable excuse for violating them. Many mortgage companies simply lack the personnel and resources necessary to appropriately and effectively train their employees. As such, they often and primarily rely on “learn-as-you-go” and “hands-on” training strategies. BIG MISTAKE!!!

Considering how regulatory examiners are actively pursuing non-compliant loan originators and holding them accountable for violating the rules, can you afford not to train?

Considering how employers can and will be held responsible for their employees’ actions, can employers afford not to train them?

©2023 AxSellerated Development | All Rights Reserved. All NMLS-approved education is provided through OnlineEd, an NMLS-approved provider. ID # 1400327